Wheelie Bin Cleaning From £35.00 Per Year

Did you know that your bin is an excellent breeding ground for bacteria and rapidly become a health hazard right outside your home or business. Therefore it is vital that your wheelie bin is kept clean!


Some of the common bacteria found in Wheelie Bins are:

A dirty wheelie bin can attract:

Rats In My Bin Wheelie Bin ?

Rats are one of the most destructive pests known to man. Rats are also the known source of numerous diseases which can afflict humans and domestic animals.

Rats will contaminate food and will cause extensive damage to buildings and equipment in homes, warehouses, granaries, restaurants and bakeries, anywhere food is handled or stored. 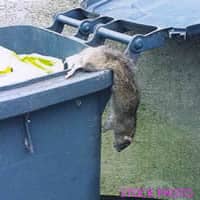 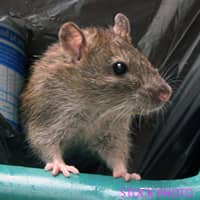 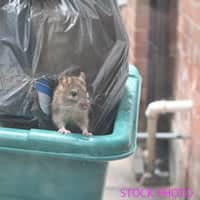 Foxes are an increasing nuisance in towns. They cause problems of noise, digging, fouling, going through bins, leaving food debris lying about. Foxes will attack pets. Mange is carried by foxes which can be picked up by dogs but more seriously Roundworm is a parasite in foxes that can cause blindness in children.

Maggots In My Bin Wheelie Bin ?

Maggots at the bottom of the bin. The bin men can empty the contents of two weeks worth of rancid and rotting remnants; the decay accelerated by a few rare days of high temperatures. Wriggling around at the bottom amongst some sticky waste and the remnants of goodness knows what lay a dozen or so maggots.

Maggots hatch from 8-24 hours according to the temperature and feed on the organic matter in which it finds itself. In temperatures of 25°C a house fly can complete the lifecycle in 16 days, less if the temperatures are higher. In laboratory conditions flies can hatch from an egg and fly off within a week.

Flies don’t look after their eggs but will choose to lay their eggs where they will have plenty to eat when they hatch. Flies can lay 100-150 eggs at a time in organic waste, faeces or exposed foods. Or flies may creep into your kitchen bin and deposit eggs on the sly.

In hot weather the core temperature of the bin is high and could become a breeding ground so make sure you keep the lid closed at all times. Flies are attracted to strong smells so clean and disinfect it regularly after the bin has been emptied.


Not to mention the residue from any leakages and offensive odours.